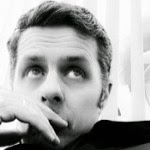 About Me
iJim (Infected Jim) has been a fan of horror movies and books since he can remember.

The iChronicles
The iChronicles or, to give it its full name The Infected Chronicles is the home of an idea I had over two decades ago to writing a book about a guy who, while heading back home to Scotland for his summer holidays finds himself in the middle of a Zombie Apocalypse, instead of writing the book in its usual format, it was decided that The Survivor should be made freely available on the internet in text, audio and video form.

Recently I have become a big fan of CreepyPasta short stories. I love the idea that you have the ability to read, listen to or watch them anywhere at any time day or night, because of this The iChronicles has also become home to some of my favourite CreepyPasta stories which I have found all over the internet as well as a few short stories of my own thrown into the mix, of course these stories will be horror stories..

5 Years From Now
Where do I see the iChronicles in 5 years time?
Hehe, I have no idea, right now my main plan is to continue writing The Survivor (right here) as well as many other spooky and scary stories.